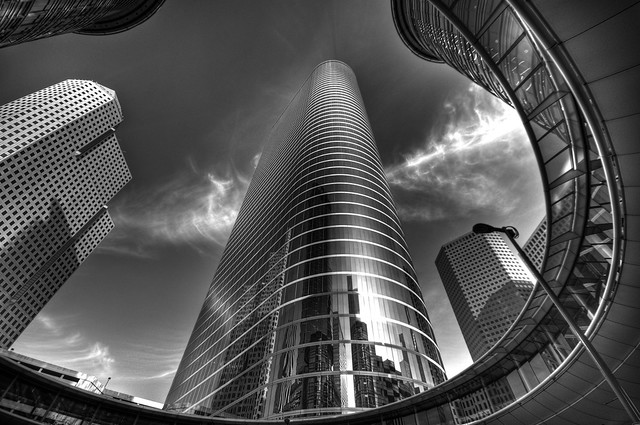 How agreements are formalized in software

Think about what embodies the formal contract between the producer and the consumer of a chunk of code. Whether you describe an API with IDL, WSDL, an XSD, a grammar, a function decl in a header, an abstract base class, or loose Go-style implicit interfaces, the scope of issues you can describe is largely confined to those expressible with data type and function signature primitives. You basically get to say, “I support a [verb/function/method/action] named X, which takes the formal parameters A [of type x] and B [of type y] and returns C.” You may be able to specify some overloading and versioning, if you’re lucky, and you may be able to group a set of these statements together into a larger unit.

Some crucial topics are entirely missing from your contract:

What ordering constraints govern which APIs can be called, when?
We know that you can’t call fclose() until you’ve called fopen(), but can you tell by reading the interface to a class that some methods are only valid when an object is “fully” inited? Do we always have to follow method A with method B? Although these constraint may sometimes be (somewhat accurately) documented, they’re not in a function signature anywhere, and docs could change without a hiccup from the compiler.
What security constraints govern API success and failure?
Same story as ordering–we document this stuff, but compilers punt all enforcement to run-time.
What expectations does an API have about available resources–and what guarantees does it make about how those resources will be used?
Obviously (to a human), an API that downloads from the internet is going to fail if the network is down… unless it uses a locally cached version of the file… Some APIs fail in low-memory situations–though the exact boundaries that trigger the failure may change depending on unpredictable factors. Will an API peg all available CPUs, or only one? How much disk space will the API need? Does it need write access to /tmp, or to ~/?
What performance guarantees does an API require or provide?
This includes classic “Big O” notation, but it goes well beyond that. How long will it take for the API to time out? How many times will it retry, and how expensive will the retries be?
How often can an API be called?
Does it cache values for efficiency? If so, what policies govern caching? Is the expense of the call such that calling it a hundred times a second is a ridiculous violation of its coder’s assumptions?

Does that make you squirm?

It should. Like a shell game that hides risky debt, this sort of invisible quid pro quo can permeate a code base, riddling it with invisible tech debt and setting it up for future maintenance headaches. We end up with subtle temporal coupling, runaway transitive dependencies, impossible compatibility constraints, and worse.

What makes this problem particularly insidious is that we often stumble into these side agreements after a lot of painful trial and error. And we have to repeat that trial and error at the most inopportune times. I can’t count the number of hours I’ve wasted, discovering by monotonous debugging that such-and-such a function can’t be called until some other function has properly initialized a context that nobody told me I needed. Or the times I’ve debugged a mysterious slowdown, only to discover that an OS API doesn’t perform the same way after a service pack.

What can we do?

I don’t know that there’s a silver bullet to eliminate all side agreements in code, but I think we can learn some lessons from the world of finance.

First, sunshine helps. The more light you can shine on the dark corners of an interaction, the less likely it is that side agreements will surprise you. World-class API documentation (Microsoft’s Win32 KB, Oracle’s java docs, the full posix standard) makes a concerted effort to expose many of the subtleties I listed above, although I think docs and comments are often a band-aid. The proxy technique that I recommended, to codify human concerns in a codebase, is another way of adding sunshine. The “marks” feature that I’m building for the intent programming language lights up all kinds of nether regions that lurk in perpetual gloom.

Second, auditors [automated tests] are vital. It’s popular in some circles to say that you only need to test the public interface to a class/module–and in theory, I agree. But remember that the true breadth of the interface you’re coding against goes well beyond function signatures. A human auditor is pretty useless if she or he only checks the obvious stuff. Make your tests thorough.

Third, we need whistleblowers. I have previously written about embedding pain sensors and circuit breakers in code. We need ways to find out that everything isn’t working right–ways that are smarter than log files that get ignored until we have a full-blown crisis.

Fourth, the size of your accounting staff depends on the scale of your operation. In other words, be pragmatic, because the proper amount of investment depends. If you’re writing a few quick scripts, this issue may not matter much–but don’t imagine you can retrofit discipline into an Enron-like software monstrosity. Understand your risk, and manage it wisely as part of your architecture.

How about you? When have you been bit by “side agreements” in code? What techniques have you used to drive them out? Please share.

3 thoughts on “Taming Side Agreements”